New Bridge Between Turkey and Greece 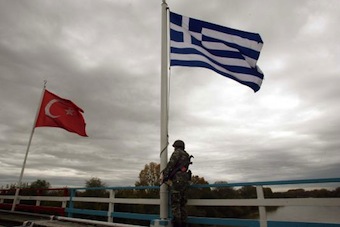 Metin examined the border gate of Ipsala on May 23 and said that they have started renewing the border gates in order to ease import and export procedures in Turkey. “Following our talks, we have agreed with the Greek authorities to build a bridge between Turkey and Greece, thus, trade will be made more rapidly,” he said.
Metin added that the construction of the bridge would be completed within next year.
(source: ANSA)