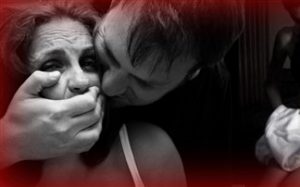 The Hellenic Society for the Study of Human Sexuality (EMAS) and the Andrology Institute of Athens conducted a research, according to which the financial crisis has affected Greeks’ personal and sexual life and has increased incidences of violence against women.
The research was based on 600 men and 400 women who were interviewed via telephone. Men between 35 to 45 years old comprise the research target group.
An increase of 47 percent has been recorded concerning incidents of physical, sexual and verbal violence in the last few months in Greece. Unemployed men with intense job stress, pressing financial obligations, as well as low sexual activity are chiefly those who exert violence against their wives or girlfriends.
Verbal abuse is at a rate of 72 percent, and financial blackmail comes second at 59 percent. Sexual humiliation follows at 55 percent; beatings are at a rate of 23 percent and rapes at 18 percent. In eight percent of violence incidents, slight or serious injury was reported.
Concerning the economic profile of men who used violence against their companions, almost four Greeks out of ten were jobless, while 39 percent were in a bad financial situation. There is a rate of 17 percent of wealthy men who abused their companion.
According to experts, sexual violence also means sexual impotence. A large part of the individuals asked stated that the frequency of sexual intercourse has decreased up to 34 percent during the last few months. Seven men out of ten said that the Memorandum has affected their sexual life in a negative way.
The telephone research under the title, Greece of the Crisis and the Memorandum, was presented at the 5th Pan Arab Congress of Sexual Health 2013 (PASSM) in Dubai.