Video Interviews from the Red Carpet of The Hangover: Part III Premiere 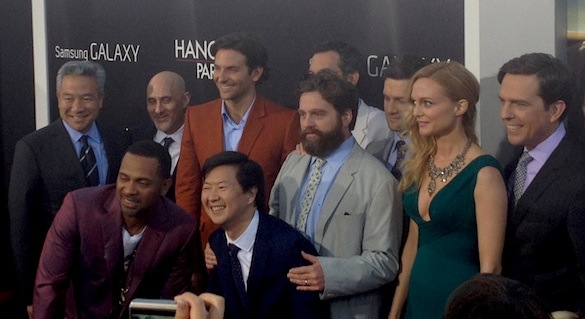 “The Hangover: Part III” opened last night in Los Angeles, CA among cheering fans and a star-studded cast and crew.

Greek-American Zach Galifianakis was in a great mood and turned the red carpet upside down with his pranks – at some point he got into his limo’s trunk pretending he was leaving. We caught up with him in an interview hard to be kept serious!

“Part III” brings the Wolfpack back to Las Vegas, but this time around there is no wedding, and no bachelor party, but more emotions and depth in the characters.

“The Hangover: Part III” stumbles into theaters Thursday, May 23.