TechNews
GreekReporter.com Australia Medals to Aussies Who Fought in Battle of Crete

Medals to Aussies Who Fought in Battle of Crete 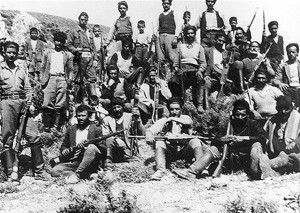 In the framework of the 72nd commemoration of the Battle of Crete, Greece is preparing to decorate with medals Australian soldiers who fought in Greece during World War II.

The medals will be awarded by the Consul General for Greece in Melbourne, Eleni Lianidou, and the Deputy Chief of the Hellenic National Defense General Staff (HNDGS), Vice Admiral Alexandros Theodosiou, who represents the Hellenic Armed Forces in events commemorating the Battle of Crete that take place in Australia. The ceremony award will be held on May 27 at the Consulate of Greece in Melbourne.

The Pancretan Association of Melbourne has recently honored Leslie Manning, one of the few remaining veterans who fought in the Battle of Crete, who celebrated his one hundredth birthday on April 19.

Manning, visibly moved, narrated incidents from the battle, as well as his personal adventures and amazed everyone with his mental agility, while he had brought old photographs with him. His daughter Linda stated that with this expression of love they have given him 10 more years of life.

Impressed by the entrepreneurial environment in Greece, US giant Amazon announced that they will soon open their first office in Athens.
Ancient Greece

French photographer and draughtsman Joseph-Philibert Girault de Prangey took the first-ever photograph of the Acropolis of Athens in 1842.
Greek Food