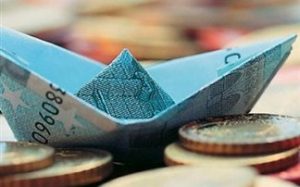 The Inter-regional Audit Center in Athens (DEK Athens) is closely inspecting 218 offshore companies, resulting from a document forwarded to the Parliament by Deputy Finance Minister George Mavraganis, after questions from SYRIZA MP’s.
The MP’s invoked the ICIJ (International Consortium Investigative Journalists) research and stressed out that only four out of the 107 Greek companies detected are entered in the tax registers, while many of those companies are connected to powerful individuals of politics and finance.
The Ministry answered that as part of the conducting of tax auditing for all the years that inspection had not been done, the 24 offshore companies of the Tax Office (DOY) in Kymi, as well as the 161 companies of the Tax Office (DOY) in Kranidi, has been assigned to DEK Athens since November 2012.
Some 33 cases have been sent to auditors who are using the Integrated System ELENXIX to cross reference data in the hunt for possible tax cheats.
The Deputy Finance Minister pointed out that in accordance with the law, a special decentralized tax audit service (KEFOMEP) is going to be used, subject to the Directorate General for Tax Audits and Public Revenue Collection.
Among KEFOMEP’s responsibilities is auditing foreign operating companies with Real Estate, for which no natural person is apparent, or Greek operating companies with Real Estate, in which a foreign company participates without the appearance of the natural person.
Mavraganis said that the audits’ results will be forwarded to the Parliament, subject to the provisions about tax secrecy, and informed that data concerning offshore companies that seem to be connected with Greek citizens are being investigated by the Attorney’s Office of Economic Crime, after his order to the Regional Directorate in Attica of Financial and Economic Crime Unit (SDOE).
This is about the new list recently published after research by ICIJ, in collaboration with 160 journalists from 60 countries in the world.