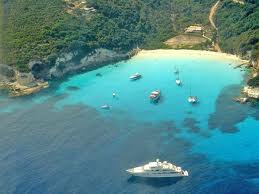 Kronen Zeitung, Austria’s largest newspaper, dedicated a whole article to Lefkada, a Greek island in the Ionian Sea on the west coast of Greece, titled Lefkada: A visit to the pearl of Greece. Krone mentions that there is no mass tourism in Lefkada and that the locals warmly welcome visitors to whom they transfer their joyful attitude. The people of Lefkada enjoy their lives despite the crisis, which has also affected the island, but not as much as the mainland, because they have learned to help each other.

Der Standard, another Austrian daily newspaper, praises the hospitality of the people of Chios in the Aegean Sea, in an article titled, The scent, the island and the mastic. The newspaper notes that tourists seem to have not yet discovered Chios, while it repeatedly refers to the island’s traditional product, mastic which is mainly cultivated in the southern part of the island.

Der Standard mentioned that today there are not any problems in the relations of Chios with Turkey -the island is 7 kilometers (4.3 mi) off the Anatolia coast- a fact proven by the frequent ferry routes between Chios and Turkey. However, the residents of Chios report the violations of maritime borders by Turkish warships, which of course cause trouble, which is not perceived by the visitors of the island.

Kleine Zeitung also hosted a tribute to Chios, praising the intense scents of the island that come from the fruit trees and called mastic “the tears of Chios.” Chios is the fifth largest of the Greek islands, but still remains “in the shadow of Crete and Rhodes”.