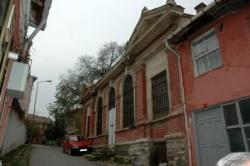 The Turkish state, after a decision taken by the General Directorate of Foundations (GDF), yielded to the community of Ortaköy (spelled Mesochori in Greek), a small village, within the Beşiktaş district of Istanbul, Turkey, a building that had previously been confiscated.

The decision puts off a European Court of Human Rights judgment. The community had resorted to the court trying to get back the property. Turkey’s decision was announced to the agents of the Greek community and Representative of the Minority Foundations, Pantelis Vingas.

The building, where the community’s primary school was accommodated, was confiscated in 1985 by the Municipality of Ortaköy “because the school did not have a satisfactory number of students”.

Later, there was an attempt to demolish the school and replace it with a park.  The building is a characteristic example of 19th century architecture, which survived and was used by the Turkish Ministry of EU Affairs after it was renovated.

The Turkish minister Egemen Bağış had promised, since the renovated building’s inauguration day, that the real estate would be returned to its owners.