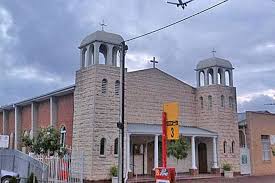 The federal government of Australia decided to offer five million dollars to the Greek Community of Thebarton in Adelaide, in order to install soundproofing to the St. Nicholas Greek Orthodox Church.

The soundproofing of the church was considered necessary in order to protect parishioners from the noise of aircraft that take off and land at Adelaide airport.

Labor MP for Hindmarsh, Steve Georganas, said that the Greek residents of Thebarton who regularly use the church of St. Nicolas for their religious needs are happy with the government’s decision.

Georganas starred in the mobilization of people of Greek descent living in the region in order to install soundproofing to the church, as in some cases the aircraft noise exceeded every acceptable limit.