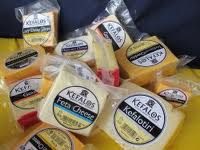 According to “all africa“, the company has produced a variety of high quality dairy products for 20 years now and is well known for its creams, yoghurts and cheeses.

Kefalos won First Prize in the Plain Full Cream Yoghurt Category with their Greek Style Yoghurt, First Prize for Dairy Ice-Cream with Condiments with their Premium Hazelnut Ice-Cream, and Third Prize for their Mozzarella Cheese, so widely used by our pizza outlets and restaurants nationwide. In the Pizza Mozzarella Cheese category, entries were judged both for their taste and their functionality.

The company makes the products at a modern factory. They include: Halloumi cheese, the Cypriot delicacy so popular fried as a starter in many of Zimbabwe’s restaurants; mozzarella, favored by pizzerias; Provolone cheese; Feta cheese, a staple in classic Greek salads; Kefalotiri cheese (the Greek equivalent of hard, tasty parmesan); and Ricotta cheese.

What few pizza lovers realize is that Kefalos Mozzarella is also delicious when eaten uncooked as part of a simple Italian-style salad that also includes, fresh tomatoes, basil and olive oil. It can be enjoyed on its own too.