Nearly 1 in 2 Greeks Without Insurance 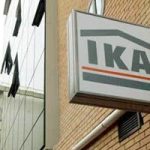 In a country that is supposed to have a universal health care system, nearly 50 percent of Greeks now have no insurance after having lost their jobs and eligibility, and some 500,000 have no income at all because their jobless benefits have run out. IKA, the largest health care provider in the country said its data showed the startling numbers after inspections across the country, including findings that many were uncovered because their jobs weren’t paying for the benefits.
Along with Athens and Thessaloniki, inspections took place among other cities in Volos, Kalamata, Thiva, Argos and others from Sept. 21, 2012 to April 30 this year. Of 6, 678 workers, IKA said 45% were working illegally without being insured anywhere. Business which had workers and employees not insured were fined 1,849,500 euros ($2.404 million.) Inspections took place concerning all variation of employment, shifts and types of businesses.
The results explain partly why pension funds are failing. Pensions are funded by contribution of working people. Historically record unemployment and half of working people working without paying insurance contribution means that only 30-35% of the labor force is paying a social contribution.