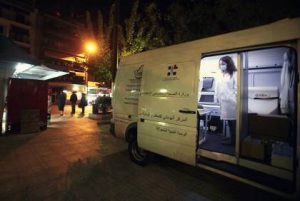 HIV test centers have stopped checks since last month due to a lack of funding, given that the Greek state is forced to cut down on spending costs, as the Athens Medical Association (ISA) stated on May 10.
According to the ISA statements, Deputy Health Minister, Fotini Skopouli, is responsible for the situation as she had blocked the funds which had already been approved for tests in 2012 and 2013, enet reported.
The ISA president, Yiorgos Patoulis, was also quoted saying that, “The country remains unguarded against a huge public-health risk. While it has been long established that there is an AIDS epidemic among drug addicts, Minister Skopouli is destroying the system that shields the country from the disease.”
The data acquired by a research which was conducted last October by the Hellenic Center for Disease Control and Prevention (KEELPNO), reveals that the number of HIV/AIDS cases is rising in Greece, with infections among injecting drug users having more than doubled since 2010.
Austerity has also cut the budget of the Okana drug treatment clinics to €20m in 2012 from €35m in 2010.