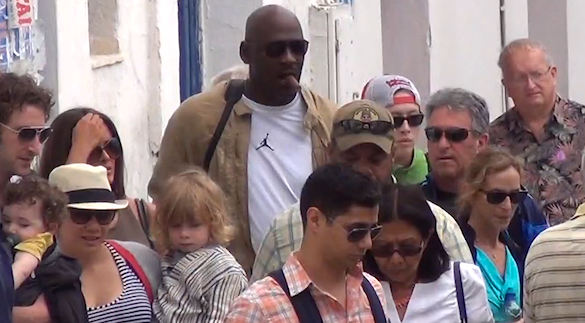 Michael Jordan and his young second wife, Yvette Prieto, are visiting Greece for their honeymoon. The couple married in late April in a jaw-dropping 40,000 square foot tent in Palm Beach FL.
The legendary basketball player made the island of Spetses his first stop of the trip, where he was spotted to stroll.
Locals weren’t aware of his visit until he started walking in the streets of the island, leaving no chance to miss his presence. 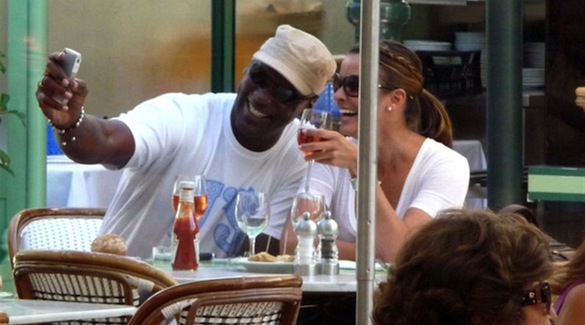 Air Jordan left Spetses for the island of Mykonos on Wednesday where he was spotted walking in the narrow streets of the island and enjoying the Greek sun. The couple had dinner at a nearby beach surrounded by an army of body guards.
It is unknown where the next stop of Jordan’s visit to Greece will be but Santorini, one of the most romantic islands of Greece, is most likely to follow.
Watch a video of Michael Jordan as he arrives in Mykonos – credit: Mykonoslivetv.com

The zeibekiko requires an inner intensity, as it is an improvised movement that expresses the feelings of the individual who gets up to dance.
Ancient Greece

New research from the Academy of Athens argues that the Greeks actually chose Salamis after studying the area's climactic conditions.
Greece