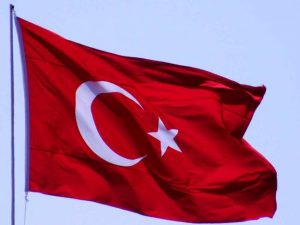 urkish business executives are buying up more and more property in Greece. Anyone who keeps watching Greek islands and marinas being actually purchased and sold by Turkish businessmen, becomes witness to a film reminiscent of economic oppression.
Floisvos, Zea, Corfu, Lefkada, Kalamata and Mytilene have already passed into the hands of businessmen from the neighboring country, who seem to rather demand for the Turkish flags to be raised in every new acquisition. Asteras Vouliagmenis is most likely to follow the exact same path, since one of its main contenders is a subsidiary company of the Turkish Dogus Group, D-Marine Investments Holding BV, which already has in its possession 50% of the Floisvos marina.
Behind this whole investment game hides Ferit Faik Şahenk, one of Turkey’s richest businessmen. He is Chairman of the Dogus Holding conglomerate and his wealth is estimated to be $6 to $8 billion. His main aspiration is to transform every single Greek port into a Turkish one.
However, the minimum interest shown by Greek businessmen has also played a vital role. As stated by market analysts, this will lead the second sales pack in the hands of Turkish businessmen as well. In this second pack are included the marinas of Glyfada, Paros, Naxos, Andros and later on those of Crete.