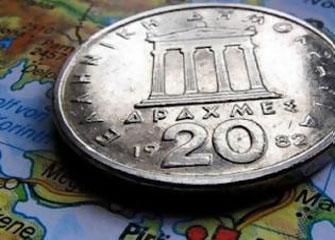 The formation of a new political party with a view to returning to the drachma was proceeded by University professor Theodoros Katsanevas along with director Nikos Iatridis and journalist Stephanos Mitilineos.
The name of the new political party is, Drachma, Five Star Greek Democratic Movement. The basic party platforms are: the overthrow of the Memorandum, return to the drachma, self development, national dignity and social justice.
The new movement was approved by the Supreme Court, and according to its statements,  “Cooperates with political bodies, movements, initiatives and individuals, with a focus on returning to the national currency and for this purpose raises the referendum issue. The new political party promotes cooperation on a European and international level, seeking to create an alliance of countries in southern Europe.
As stated in the announcement, “Drachma 5 is represented by active citizens from all professional and political fields, by people who have no involvement in the Memorandum servitude. It expresses patriotic socialism with a human face, with social solidarity, efficiency, honesty, transparency and meritocracy, with sensitivity to the environment and non-privileged citizens, committed to the self development of the country in domestic production, and exemption from loan servitude.