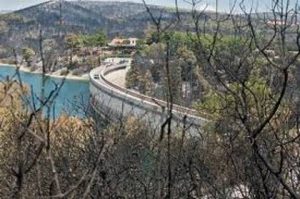 The municipality of Marathon was voted as the leading Greek tourist destination, for the period 2012-2013, within the framework of the European contest Accessible Tourism, of the European Destinations of Excellence- EDEN project.

The EDEN project is a European Commission initiative, launched in 2007, aiming to promote sustainable tourism development models throughout Europe through non-traditional and non-developed tourist destinations.

The project is based on national competitions that take place every year and result in the selection of a tourist “destination of excellence” for each participating country.

Both the Greek destination, and other countries’ “winner” destinations that took part in EDEN project, will be promoted at a European level and will be awarded in a special event, organized by the European Commission which is to be held in autumn 2013.