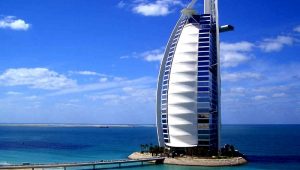 Amid the economic crisis, Greek doctors choose to work not only in Europe but also in some more exotic and certainly more profitable places such as the United Arab Emirates, in order to make their living. This immigration trend is more common in 2013, due to the high unemployment in Greece that has hit also the medical professions.

Many Greek doctors are picking Dubai, an affluent city in the United Arab Emirates, located within the emirate of the same name. Medicine flourishes in Dubai, as many Europeans ans wealthy Arabs visit the city to receive health services.

According to the Medical Association of Athens (ISA), during the last months about 300 doctors and dentists have requested to go abroad, to countries such as the United Kingdom, Sweden, but also to the United Arab Emirates. In 2011, ISA issued 1,500 certificates for doctors wanting to flee abroad, while during the first semester of 2012 hit more than 1,000 in rapid order.

In Dubai, many clinics have been established and staffed by Greek doctors who carry out major surgeries, which are more well-paid than in Greece. Greek doctors have a sterling reputation in Dubai and many wealthy Europeans visit them even for cosmetic surgeries.