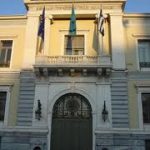 The National Bank of Greece (NBG) has approved has approved a recapitalization plan worth 9.76 billion euros ($12.8 billion), insisting it will raise enough money privately to avoid nationalization after Eurobank failed to do so. Greece’s banks were brought into financial turmoil after the government imposed 74 percent losses on investors in a frantic bid to write down debt during a crushing economic crisis.
NBG, the country’s biggest by assets, said that shareholders approved the plan, which is needed to guarantee solvency and would make up for most of the losses suffered from the massive public debt restructuring last year that was put on the banks by former finance minister Evangelos Venizelos, now head of the PASOK Socialists, one of the partners in New Democracy Conservative leader and Prime Minister Antonis Samaras’ coalition government, along with the Democratic Left (DIMAR).
Most of NBG’s new cash will come from the bailout-supported bank rescue facility, the Hellenic Financial Stability Fund, or HFSF.  Greece’s four largest banks — NBG, Eurobank, Alpha, and Piraeus — are set to take part in the recapitalization scheme totaling 27.5 billion euros ($36.28 billion.) But Eurobank has already said it cannot raise 10 percent of the money needed on its own, a requirement to remain privately-run.