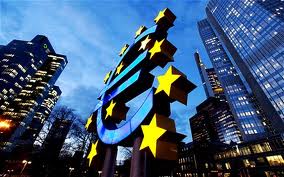 As the Greek Parliament readied for a debate on April 28 whether to pass another list of reforms demanded by international lenders in return for rescue aid, Eurozone officials were to meet the next day and expected to release a pending installment of 2.8 billion euros, some $3.65 billion – if the Greek lawmakers keep up their end of the bargain.
The meeting will be held by the Eurogroup Working Group, which mainly consists of Eurozone deputy finance ministers or senior treasury officials, Greek finance minister Yannis Stournaras told lawmakers.
Pending further measures by Athens, Eurozone finance ministers will then meet on May 13 to release a further 6 billion euros ($7.81 billion) of rescue loans, he added.
Greece needs that money to pay wages, pensions and bonds held by the European Central Bank that mature on May 20, Stournaras said, urging lawmakers to approve the reform law they started debating on April 27. “Passing the bill opens the way for the disbursement of the 2.8 billion euros … it doesn’t get more urgent than that,” he said, explaining why the government submitted the law under a fast-track, two-day procedure.
The law contains several reforms and tax measures Athens agreed with its international creditors earlier this month, including the firing of 15,000 workers this year, a provision that has angered labor unions. It is expected to pass easily as Prime Minister Antonis Samaras’ three-party coalition has a big majority.
Athens has already obtained about 200 billion euros ($260 billion) of loans from the Troika of the European Union-International Monetary Fund-European Central Bank (EU-IMF-ECB) since 2010, but had to impose harsh austerity measures in return. Greece expects to get about 40 billion euros ($52.12 billion) more by the end of 2014.