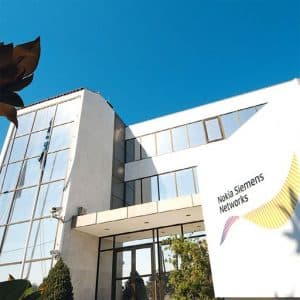 Nokia Siemens Networks, the joint venture between Finland’s Nokia and Germany’s Siemens, which operates in the field of telecom equipment solutions and is one of the largest companies globally, seems to be ready to now strengthen its presence in Greece in the field of research and development.
Reportedly, NSN wants to expand the development center it holds in Athens, which currently employs more than 550 people. The leading telecommunication products, solutions and services supplier towards telecom operators, the public sector and enterprises, wishes to support the Greek government’s plans and that is why it has already contacted the Maximos Mansion.
These days, Nokia Siemens Networks executives are in Greece, who were to meet on April 26 with Prime Minister Antonis Samaras and the Minister for Development, Competitiveness, Infrastructure, Transport and Networks, Kostis Chatzidakis, to discuss the issue of extending NSN’S existing investment.
The latter has been allegedly seeking to create a program, funded by the NSRF to subsidize young scientists, which could be exploited by Nokia for staffing its new center. The NSN development center is located in Kryoneri, Attica and employs high-level engineers, while approximately 40% have a doctoral or master’s degree.
This happens to be one of the few NSN development centers worldwide and it is of great interest that it has actually survived the recent cuts made within the company.