Strawberry Fields Forever: The Plight of Migrants in Greece 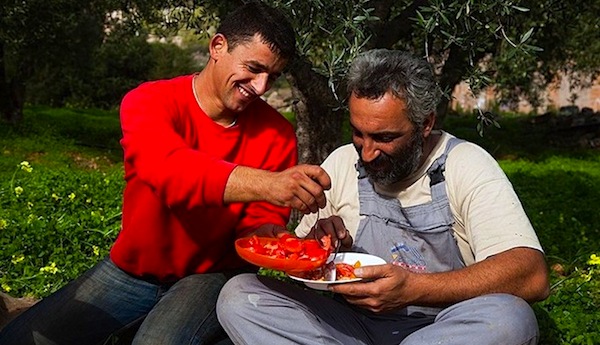 The recent shooting of Bangladeshi workers working at Strawberry fields in South Greece, after they demanded outstanding wages might have shocked the nation, but brought to light the plight of migrants that enter Greece every year. The migrants often leave behind them war-zones to seek a better life within the European Union.
This report is based on extensive field work (February-March 2013) on the island of Crete (Herakleio, Ierapetra, Anogeia) and it is a joint research project of Journalist Fragkiska Megaloudi and photographer Stylianos Papardelas
As Greece enters its fifth year of recession – and Greeks are reeling under the weight of salary slashes, a rising tax burden and euro zone’s highest unemployment rate – life for migrants is becoming tougher amid rising racism as well as a drop in living standards. However, third country nationals are still widely used as cheap labor notably in constructions and the agricultural sector.
Some 550,000 people of Greece’s four million working population work in agriculture, with 95 per cent of its cultivated surface owned and operated by small farmers. Every year, thousands of migrant workers are employed in farms and greenhouses, which earn more than 3 per cent of Greece’s GDP.
Half of Greece’s plastic-topped greenhouses – that account for 51.360 square meters – are located on the island of Crete. The majority of those – some 170.000 square meters – are found in Ierapetra, a small town of 27,000 inhabitants, on the south east coast of Crete.
It is estimated that more than 10,000 foreign workers are employed each year in the farms and greenhouses of south eastern Crete. Most often they are undocumented and housed in primitive conditions.
Salim*, a 25-year-old Pakistani national, crossed the border illegally into Greece in 2009 after having paid Turkish smugglers, $2000. He arrived in Ierapetra two years ago to work on the greenhouses. When he started, he said he could earn around 17 euro per day, but now he can barely survive. Salim has not been paid for four whole months.
He shares a two roomed house with two other men. The smell of dampness and stale food fills the air. There is no bathroom and the three men use an outbuilding transformed into makeshift ‘toilet’. Each month, they pay 100 euros rent to live like this.
Salim points at one of his roommates, a young skinny man who stares nervously at the floor.
“His boss promised to pay him 15 euro per day to work in the greenhouses. It’s been a year now and he still did not get paid. When we asked for the money, the boss threatened to call the police,” he says.

Trachanas is a staple Greek recipe ready in minutes, filling, and full of vitamins. However, the process of making it actually takes months.
Ancient Greece

The Greek word "kosmetika" is the root of the English word ‘cosmetics.’ The word also meant any product that protected the hair and face.
Greek News