Why George and Georgia Don’t Celebrate their Name Day Today 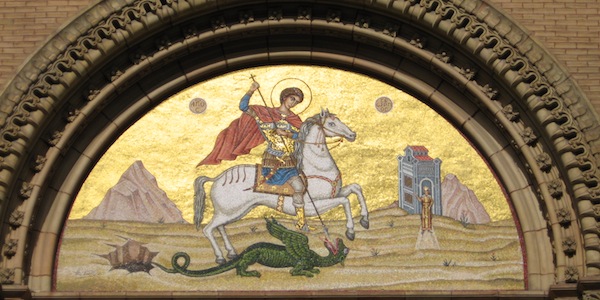 On April 23rd Christians commemorate Saint George, the Great Martyr & Triumphant. However this year, the Greek-Orthodox church does not celebrate Saint George today, but on May 6th, the first Monday after Greek Orthodox Easter, also called Monday of Renewal Week. So, if your friends are named George and Georgia they will celebrate their name-day on May 6th instead of today.

“The commemoration of St. George the Great Martyr is very popular among Orthodox Christians. In the hymns for the feast of St. George, there is the characteristic which speaks of the Resurrection. For this reason, when the feast-day falls during Great Lent or Holy Week, it is celebrated on the Monday of Renewal Week,” explains Fr. Jon Magoulias of the Annunciation Greek Orthodox Church in Modesto, CA.

“The Church has in Her calendar “moveable” and “immoveable” feasts and even though St. George is normally scheduled for April 23, it becomes “moveable” for the reason above.”

While the Catholic Easter already passed, the Greek-Orthodox Easter is on May 5th, 2013.

Who was St. George:

George, is considered a great and glorious Martyr of Christ for Christians. He was born of a father from Cappadocia and a mother from Palestine. Being a military tribune, or chili-arch (that is, a commander of a thousand troops), he was illustrious in battle and highly honored for his courage.

When he learned that the Emperor Diocletian was preparing a persecution of the Christians, Saint George presented himself publicly before the Emperor and denounced him. When threats and promises could not move him from his steadfast confession, he was put to unheard-of tortures, which he endured with great bravery, overcoming them by his faith and love towards Christ.

By the wondrous signs that took place in his contest, he guided many to the knowledge of the truth, including Queen Alexandra, wife of Diocletian, and was finally beheaded on April 23rd AD 303 in Nicomedia.

His sacred remains were taken by his servant from Nicomedia to Palestine, to a town called Lydda, the homeland of his mother, and then were finally transferred to the church which was raised up in his name. 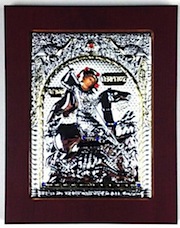 Advert: A Saint George Icon makes a great gift for your friends and loved ones named George and Georgia. Shop now handmade Greek icons from Doromu!