Fotopoulou Sees Roma Trapped In Between 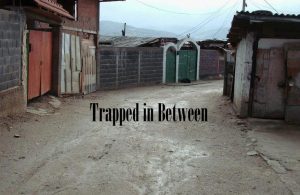 Among researchers in a project to study the lives of Roma, also known as gypsies, a venture called Trapped In Between, was a 24-year-old Greek woman, Ioanna Fotopoulou, a  topography engineer and activist. She visited the Roma camps and described the daily living conditions of these people, who struggle to survive.

Fotopoulou says that the experience of her participation in the program, along with representatives of other Balkan countries, was shocking and estimates that this effort is a beginning so that the NGOs from Bosnia-Herzegovina and Kosovo will contact them and the central services of every country in order to help Roma people.

The project’s findings were presented at the European Parliament on April 23. It was part of a program of the Southeast Europe and the EU-Leadership Development Program 2012/2013, concerning issues related to the position of thousands of Roma who left their homes because of the conflicts in Kosovo and who live in camps in Bosnia-Herzegovina.

The Project Team in charge of the implementation of this project has conducted a research on the Roma issues and the problems and obstacles of the Kosovo Roma living in Bosnia-Herzegovina. The main problem is that many of them have not official papers to certify their identity and as a result they have no legal status in Bosnia-Herzegovina; at the same time they cannot return in Kosovo.

The final aim of Trapped In Between is to raise the awareness of NGOs in Kosovo and Bosnia-Herzegovina on the topic; thereby, to encourage them to increase their regional cooperation efforts, as well as their understanding of the status and current living conditions of Roma asylum seekers in Bosnia-Herzegovina.

The research is and will be disseminated to political and social stakeholders, to human rights organizations, international institutions and national, regional and local bodies and to decision-making centers of the European Union, funded by the Robert Bosch Foundation.