Greece’s Great Fire Sale Is On 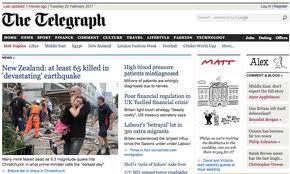 Greece’s pumped-up privatization program, an anxious bid to sell state entities and properties has prompted the British newspaper the The Telegraph to call it Greece’s Great Fire Sale because bargains are to be had for investors with money.

The article noted that some gems are on the blocks.  “The beach is the longest on the Greek island of Rhodes – four miles of crystal waters, flanked by a gently sloping pebble shore. The 18-hole golf course that flanks it is lined with olive trees and wild flowers, and there is scarcely a hotel or high rise in sight. Mr. Georgas has played here for over 30 years. And now he thinks the government should sell it. ‘We are like a bankrupt housewife forced to sell the silver, to save the family,’ he said. ‘Greece has no choice,'” he said according to the piece.

“The sale of the coast at Afandou is part of the Greek government’s desperate attempts to raise money by privatizing its vast portfolio of state-owned assets – the largest fire sale in history. Some 70,000 lots are for sale, ranging from pristine stretches of coast through to royal palaces, marinas, thermal baths, ski resorts and entire islands. Only last Wednesday, bidding closed for a stake in the state gambling company.”

“The idea of snapping up a Greek island certainly has its appeal. In March the Emir of Qatar bought six for £7 million, while a Russian oligarch bought Skorpios – previously owned by the Onassis family – earlier this month for a reported £65 million, as a present for his 24-year-old daughter Ekaterina Rybolovlev. While both those sales were private, it showed there was a potentially lucrative market for chunks of scenic Greece.

To that end, the royal palace on Corfu, where Prince Philip was born, is now also for sale. So too is a large coastal estate which, the government boasts on its website, is next door to land owned by the Rothschild banking dynasty.

Officials refuse to discuss prices, saying that it depends on offers and the development proposals, but the Afandou coastline is looking for an investment of 150-250 million euros. The port of Poros, a pretty cobbled marina in southern Greece, is on the government books, as is the Athens police headquarters and the Ministry of Culture – a giant temple-like construction in the centre of the capital. So too are the buildings housing the ministries of health, education and justice. Even the Greek embassy in London’s Holland Park: yours for £22 million.”

The story added: “There are people who argue that Greece has no choice. Two bailouts from the European Union have failed to inject life into the economy, which has been in recession for the past six years. Unemployment is 27 per cent, and the deficit is forecast to grow to 189pc of GDP this year. Almost 1,000 jobs have been lost every day over the past three years in the private sector, and as part of Mr Samaras’s deal made on Monday, 15,000 public sector workers are set to be made redundant as part of a Troika’s program for slimming the bloated public sector.”