Cyprus Gambling On Casinos For Rebound 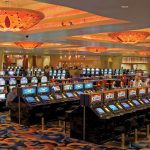 Being saved from an economic and bank collapse by a pending 10 billion euros ($13 billion) bailout from international lenders – but at the price of confiscating bank accounts and imposing harsh austerity measures – Cyprus is going to allow gambling casinos in a desperate bid to raise critical cash and bring in tourists – and keep Cypriots from going to casinos in the Turkish-occupied northern part of the island.
President Nicos Anastasiades said the casinos are part of a larger plan to rejuvenate the economy that is expected to shrink by 13 percent until 2015 and with unemployment set to rise markedly. He had pledged during his campaign before being elected in February that he would bring in gambling.
He said Cyprus would put up 21 million euros ($27.54 million) to partly subsidize salaries for 6,000 jobless people that will be hired in the tourism sector, give businesses tax breaks for hiring new workers and set up solar energy parks. Young people will be granted state and church-owned land for cultivation. And those having homes or businesses seized because they’re unable to pay off loans would be able to stay on as renters, he said.
The government is going to seize up to 80 percent of bank accounts of more than 100,000 euros ($130,000) as part of its deal to bring in international aid, and has agreed to break up the Laiki Bank and fold its performing assets into the Bank of Cyprus.
The tiny country of less than 1 million people will shoulder 13 billion euros ($17.05 billion) of overall cost of the bailout mainly by imposing heavy losses on bank deposits more than 100,000 euros ($130,000). The country’s second largest lender Laiki will be broken up into a “good” bank which will be folded into the larger Bank of Cyprus and a “bad” bank which will be wound down.