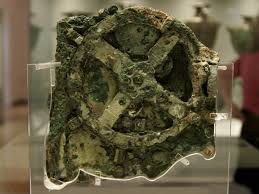 The Greek-Australian politician Eleni Evangel is showing she’s outspoken, first opposing Premier Colin Barnett’s plan to put a light rail line through the city’s malls and now in supporting gay marriage although her party opposes it.

Evangel is an Australian politician of Greek decent who is the member-elect for the Western Australian Legislative Assembly seat of Perth. She was a City of Perth councilor between 2005 and 2013.

She was born in Perth and has a teaching and television presenting background. She is the daughter of Tassos Parissis, once a prominent nightclub and kebab shop owner in Northbridge.

The 47-year-old, mother-of-three, in an interview with The Sunday Times, explained why she disapproves of her party’s plan to put a rail line through either Hay or Murray streets in Perth. She said she thinks that this will not only spoil one of the most crowded pedestrian space in Perth but will have an impact on retailers.

“The Liberal-National Government are talking about light rail in either Murray or Hay streets, but I don’t want them going through the malls. They are the centerpieces of our central business district and light rail would ruin the amenities of our malls,” she said.

About her Greek parents she said: “I remember feeling embarrassed when my mother would speak to me in Greek in public,” she said. “Now I love the fact I can speak a second language”. So she suggests that second languages should be compulsory learning.