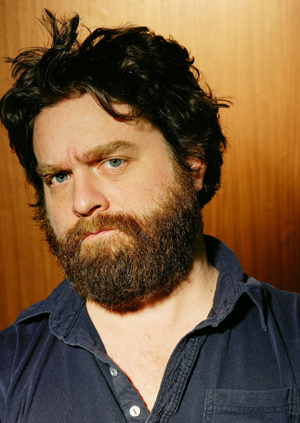 Actor and comedian Zach Galifianakis is executive producing a show that just got a 12-episode order from cable network Comedy Central.

“Brody Stevens: Enjoy It!,” is a documentary-style program featuring Galifianakis’ close friend, Brody Stevens. The series centers on stand-up comedian Stevens as he pulls his life back together after suffering a mental breakdown witnessed by his fans and the world via social media giant Twitter. As he makes the rounds in LA with Galifianakis and other noted comedians, he tries to reconnect and reconcile with the close friends he let down. The project, described as a combination of documentary and live stand-up footage as well as animation, originally began at HBO as part of a deal the Greek-American had with the network. It is scheduled to premiere on Comedy Central this summer.

It was also just revealed that Galifianakis will host “Saturday Night Live” for the third time on May 4. He previously hosted in March 2010 and March 2011 to a very welcomed response. He will be taking over the NBC Studios in NYC just in time for the premiere of his upcoming film, “The Hangover Part III,” which releases in theaters May 24.