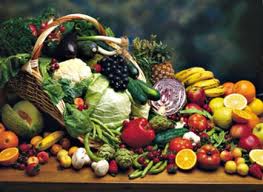 Pork with plums, stuffed pork, pork belly with sweet and sour sauce with honey, thyme and vinegar, accompanied by chickpeas paste, chicken with coarsely ground barley and swordfish with berry sauce, are only some of antiquity’s recipes showing that the ancient Greek cuisine was in all respects gourmet!
The students of the 2nd Vocational Education School of Giannitsa, in northern Greece, discovered this side of the diet in ancient Greece, with the help of Chef George Palisidis, researcher in the Department of the Science of Dietetics-Nutrition of Harokopio University, in the context of the program, Ancient cultivation and flavors. Dimitris Evaggelidis was the scientist responsible for the project.
The Chef explained vividly to the students what and how ancient Greeks ate, revealed ancient recipes, and cooked with them in an extraordinary symposium in the school’s central library, on April 11.
“The purpose of the program was to bring the students closer to a wealth of information and data relating to the ancient Greek diet,”  Evaggelidis told AMNA.
“We wanted the students to develop an ability to act, to change their eating habits, to realize the economic, political and cultural factors that are inherent and interrelate with the nutrition issues in human societies, to make the first steps towards food sovereignty and to become aware of the value of the vegetable cultivation”, he noted.
As the Chef and researcher mentioned, ancient Greeks ate fruit, bitter herbs, wine, milk, dairy products, fresh meat, fish, birds, roots, nuts, herbs, cereals, pulses, and in no case food we consume daily, such as fried potatoes, bean soup, Greek salad, gyros, meatballs, pasticcio and baklava.