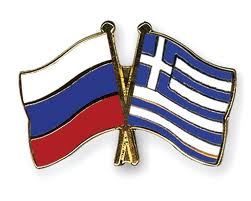 Tourism, construction, investments, gas and railways are just some of the areas of cooperation between Greece and Russia. This arose from the results of the 8th Congress of the Joint Commission on Economic, Industrial, Scientific and Technical Cooperation which was held in Athens on April 12.
The head of the Greek delegation was Greek Deputy Foreign Minister, Dimitris Kourkoulas, while Russia was represented by Transport Minister Maxim Sokolov, who met with Foreign Minister Dimitris Avramopoulos.
As Kourkoulas noted, “the sector of tourism cooperation is extremely important. The Russian tourist market is a priority for our country. Towards this direction Greece has taken the necessary measures to serve the Russian visitors and to organize Greek consular authorities to issue visas. We are happy that we welcomed 800,000 tourists from Russia in 2012 and we expect more than 1,000,000 in 2013.” The Greek Minister also stressed that the World Cup in Moscow in 2018 as well as the upgrade of the Russian capital’s metro offer a great opportunity to Greek construction companies.
The two representatives also signed a cooperation protocol in various fields. Greece expressed the desire to expand the variety of Greek products exported to Russia (wine, beverages, fresh fruits, cosmetics, aquaculture). The Russian side expressed its interest in expanding exports of mechanical and technological equipment to Greece.
At the same time, the two sides were in favor of boosting the cooperation of the company JSC Russian Railways with OSE and the Greek ports, in order to create conditions for the further development of the international rail transport.