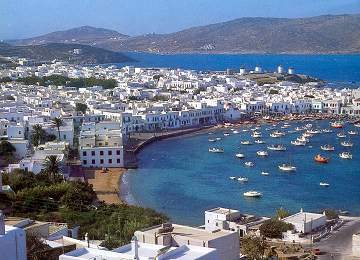 An increase of 40% in Austrian tourists coming to Greece this summer has been recorded compared to last year’s bookings, according to data from the largest travel agencies in Austria.

As highlighted by the Austrian newspaper Wiener Zeitung, Greece, which was for many years among the top holiday destinations for the Austrians for their summer break, is now once again attracting more tourists after the massive reduction in bookings the past few years because of the debt crisis.

Greece presents the most significant increase and ranks with 12.6% at the second place – after Turkey- in the list of the most preferred tourist destination for Austrians this year, with Spain and Italy to follow.

Martin Bachlechner, General Manager of one of the biggest travel agencies in Austria, Verkehrsbüro, noted a big jump in the number of Austrians who want to go to Greece compared to 2012, when images of protests, strikes and riots kept visitors away.

Bachlechner attributes the large increase in bookings to Greece to the newly extended flight schedules of airlines to smaller Greek islands and also to keeping the hotel reservation prices at last year’s levels.

The health of Greek convicted terrorist Dimitris Koufontinas has swiftly deteriorated lately, it was made public on Saturday evening.
Diaspora