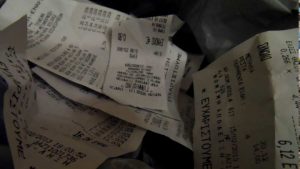 Yannis Gerekos, a student from Komotini in northeast Greece, said he was heavily beaten because he refused to pay for not being given a receipt, following the Ministry of Development regulation that allows for customers in Greece not to pay when not presented with a receipt. This new regulation aims at decreasing tax evasion and has been in force since January.
Gerekos went out with his friends to have fun at a night club and ordered shots that cost eight euros, or about $10.27. He said he refused to pay since he was not given a receipt and left with his friends. Twenty minutes later the bartender accompanied by another man, found them in the street.
The two men attacked the friends and started beating the young man and kicking him in the face. Bleeding and with mandible fractures, he was transferred to the Komotini hospital and then to a private hospital in Athens, where he was operated on his jaw. “ I fainted. They could have killed me,” said Yannis, with evident injuries on his face.
The night club’s management categorically denies any involvement of their staff in the incident. Police officers showed the student photographs of the bar’s staff, but he did not recognize the man who beat him.
According to the latest news, two men, aged 30 and 22, have been identified and are going to be prosecuted.