The Village of Christians and Muslims 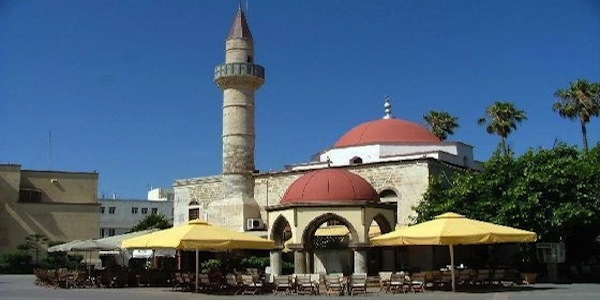 Platani is a beautiful village on the Greek island of Kos in the Dodecanese complex, where two religions coexist in harmony. The village has remained untouched through the years and continues to attract visitors with its diversity.

A Jewish cemetery and a Muslim one, a Christian church, a Mosque and the residents’ houses, make the picturesque scenery of the village Platani. Platani is located next to the town of Kos, right before the archaeological site of Asclepeion. In this village live most of the 1,500 Muslims of the island. A mosaic of diversity and harmonious coexistence of civilizations, Platani, stayed intact in time and still fascinates the tourists of Kos.
Mixed marriages between Christians and Muslims are a common phenomenon there, as well as common companies.  The president of the Turkish Muslim Association of Kos, The Brotherhood, Mazlum Payzanoglu, who is a close friend to Muslims and Christians, stresses that the Association’s dance and music groups participate in the Ippokrateia Festival in Kos, while the Turkish-speaking and Greek-speaking residents of the village live and have their shops and cafes side by side. “Civilization makes a country rich,” Payzanoglu says. He also mentioned that in this village the Muslims of Kos have been celebrating for a long time both the Turkish Bayram and the Christian Easter. Words like “racism” and “discrimination” do not exist in their vocabulary.
The Turkish-speaking Muslims, who  have the Greek nationality, are mainly residents of Kos that were not included in the exchange of populations imposed by the Treaty of Lausanne in 1923, because the Dodecanese were then under Italian occupation. Until 1964, the name of the village was Kermentes, but the Greek authorities changed it to Platani, as part of the general policy in Greece at the time to replace the Turkish names of places with Greek ones. In 1971, the dictatorship closed all the mixed schools, where, apart from Greek, the Turkish-speaking children also learned Turkish. Since then, these schools have not reopened.
Serif Karavetzir owns one of the traditional taverns in the village square. Lahmacun, adana kebab, ismir kofte, yaurtlu, ekmek kataif, kazan dibi and many other delicacies constitute the gastronomic experience that a tourist or a local should not miss. Karavetzir says that the relations between Christians and Muslims were always excellent. Back in 1960, when he opened his tavern in Kermentes, there were much fewer people in the village than today and they were almost all Muslims. Now, the population of the village has very much increased and it is rather equally divided between Christians and Muslims. These changes are the result of mixed marriages and, secondarily, of the fact that many Greek-speaking people from Kos moved to Platani. “Moreover, many Muslims from Kos went to Turkey, while Greek-speaking Cretan Turks as well as some Turkish-speaking people from Bodrum in Asia Minor came to Platani,” Karavetzir explained.
Karavetzir, Payzanoglu and all the Turkish-speaking people in Kos have relatives and friends in Asia Minor and visit Turkey very often. Bodrum is just a half-an-hour distance from the Kos port. One of the basic requests of the Muslims of Cos is, according to Payzanoglu, the establishment of bilingual schools. In order to fill the gap, the Turkish Muslim Association of Kos ran a Turkish language school. But, as he says, “It is not the same with the ordinary school where children go anyway. They could integrate the Turkish language classes to the schedule, like in the past. Now, the non Christians cannot attend the religious course, if they wish to”.