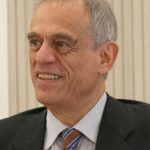 Cypriot Finance Minister Michalis Sarris, who had been blistered by critics for giving in to tough demands from international lenders to confiscate big bank deposits to trigger a 10 billion euros ($13 billion) bailout, resigned on April 2, after media reports said he had fallen out of favor with newly-elected President Nicos Anastasiades.
The report came on SKAI radio in Athens and later reports said that Labor Minister Haris Georgiadis has been appointed Sarris’ successor. A full shake-up of the Cypriot cabinet was also expected imminently as Anastasiades is under fire after breaking his campaign promise not go seize bank accounts.
During the negotiations with Eurozone officials in Brussels in March, Sarris relented to the confiscation tax that was rejected 36-0 by the Parliament, leading to reports he had been fired or quit at that time. Anastasiades subsequently agreed to a revised bailout plan that brought back the bank account seizure and has been widely criticized by Cypriots.
Some media has suggested that Sarris’s resignation was prompted by calls for an investigation to be launched into how the country’s economy nearly collapsed last month. On April 2,Anastasiades officially established the commission, composed of a three-judge panel, to investigate the reasons for the crisis.
Sarris previously served as Chairman of Cyprus Popular (Laiki) Bank Pcl, the second-largest lender, which has been shut as part of the financial rescue. “I believe that in order to facilitate the work of (investigators) the right thing would be to place my resignation at the disposal of the president of the republic, which I did,” Sarris said.
“With regret, I received today the resignation of the Finance Minister Michael Sarris,” according to a letter from Cyprus President Anastasiades handed to reporters in Nicosia. “I want to thank him.”