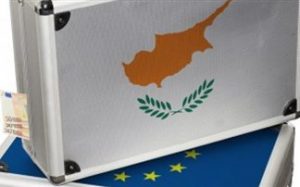 With up to 80 percent of their bank accounts being confiscated by the government and tight capital controls preventing access to the rest, Cypriot depositors are trying all kinds of means to take their money off the island, including by boat, The Financial Times reported.
The government has set a limit of only 1,000 euros ($1,300) that people can take with them when they travel even if they’re going to be gone for extended periods of time, and limit daily withdrawals.
Police said they’ve already stopped three people trying to take 200,000 euros ($260,000) off the island unlawfully and seized all their money, which the new controls allow.
At the marina of Limassol, security measures are being enhanced to keep people from using their boats to get money out of the country. Sergei Tyulenev, a Russian businessman in Cyprus, said that some people called him and proposed to help him move his deposits out of the collapsing Laiki bank to an another bank, if he paid them some 200,000 euros. He said he refused.
The European Union is concerned that some foreign depositors and politicians moved their money out of the country before the confiscation and tight controls were imposed and even while banks were closed, leading to speculation that some benefited from inside information. According to one senior Eurozone official directly involved with negotiations with Cypriot officials, “There are some dubious capital outflows out of Cyprus as we speak”.