Greek Railways Set To Be Sold Off 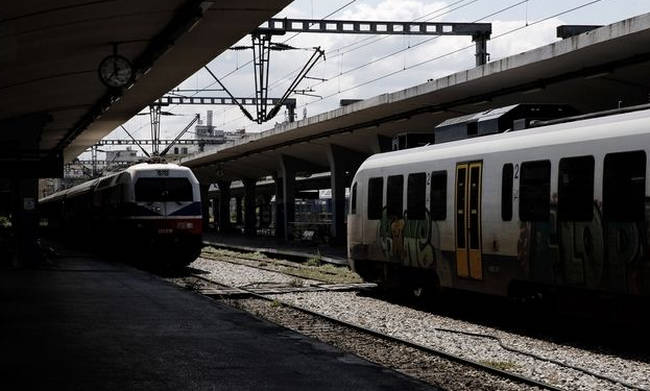 Under pressure from international lenders to speed the pace of privatization, the Greek government said the tender for the sale of a 100 percent stake in the Hellenic Railways Organization (OSE) is to start by the end of the second quarter of the year.
Development Minister Costis Hatzidakis and the Managing Director of Greece’s privatization fund, Hellenic Republic Asset Development Fund’s (HRADF), Yiannis Emiris said that the aim is to pick an investor by the end of this year or the beginning of 2014. Hatzidakis said that a potential snag over state subsidies that was being examined by the European Commission has been overcome.
Emiris said the tender was made possible after OSE showed a small profit for 2012. He added that efforts were also being made to launch a tender for ROSCO, the company responsible for the maintenance of rolling stock and railroad equipment.
OSE is an independent company of the Greek State that functions under the umbrella of the Ministry of Transport and Communications. It was established in December 2005 for the purpose of providing railway passenger and freight transport services. On December 2008, OSE sold and transferred its entire shares portfolio, which made up the total share capital of the company, to the state, which became the sole shareholder.
Hatzidakis stated that, “The denationalization of TRAINOSE S.A. has begun” and announced that the shares of the company were transferred from the Greek State to the HRADF. “Very soon, there is going to be a different landscape concerning the railways in Greece,” he said.
Emiris said that in the next few months, “The competition for the privatization of TRAINOSE will begin.” The competition will last some months, according to Emiris. He added that they “expect to run a very fast and strict procedure in order to complete this extremely important denationalization until the end of this year, no later than the beginning of the next.”
The first big investment of the current government was the deal between HP (Hewlett Packard) and Cosco-OSE to connect the rail line from the port of Piraeus to Thessaloniki’s port and from there with Central Europe.  Competition for the privatization of ROSCO, an OSE’s subsidiary, is to begin as well, concerning the conservation of railway material.