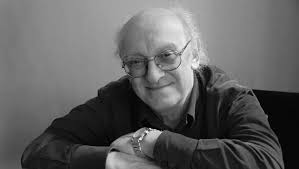 Acclaimed detective fiction writer Petros Markaris was honored with the Quais du Polar festival 2013 award, it was announced on March 29 by the President of the Jury for the Crime Novel (European Crime Fiction Jury), Jean-Louis Debré during a formal ceremony held in the city of Lyon.

The greatest crime fiction festival in Western Europe, Quais du Polar, also honored P.D. James, the 92-year-old British writer, who was given the Medal of Honor of the city by the Mayor of Lyon.

The ceremony was also attended by Henning Mankell, Harlan Coben, Rachid Santaki, John Barnett, Norman Spinrad, Bernard Werber and other famous personalities of the crime fiction literary world. One of the issues discussed at the authors’ meeting was that of Asia, since Chinese author Qiu Xialong attended the event as well.

Markaris, son of an Armenian entrepreneur and a Greek mother, went to school at St. George’s Austrian High School in Istanbul and studied after his Abitur for some years in Vienna and in Stuttgart. He was close to the Armenian minority for many years and became a Greek citizen shortly after 1974, together with the rest of the Armenian minority in Greece. Markaris speaks and writes in Greek, Turkish and German. He now lives in Athens.