Belgrade to be Linked to Thessaloniki 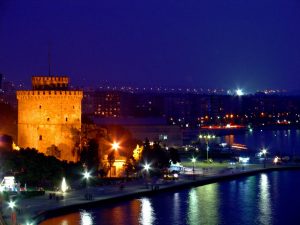 The Minister of Natural Resources Milan Bacevic stated on March 27, that Serbia is aiming at a grand scheme to link the Serbian capital Belgrade to the Greek port of Thessaloniki through a 655-km waterway, the Balkans reported.

Speaking on Belgrade TV B92, Bacevic stated that the country was in need of such large projects to stimulate its rather bad economy. “Serbia needs economic momentum. We cannot develop through tiny projects. We require big projects,” he said.

The linkage of Belgrade with the Aegean Sea, thereby linking the Danube canal system to the Greek port of Thessaloniki, is an idea over 150 years old.

Bacevic proceeded to this announcement a day after representatives of the China Gezhouba Group, a large infrastructure contractor, collected the required documentations in Belgrade to begin a feasibility study at no cost. This had been agreed upon by both governments in January. Preliminary results of the study could be expected in two months.

As for the criticism of the canal project that would flood farms to create the waterway, Bacevic underlined that the deepening of the Morava through Serbia would actually protect an estimated 70,000 hectares of arable land from frequent flooding.