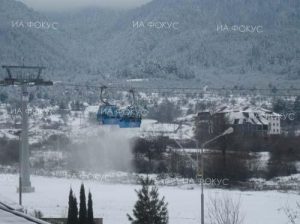 A trilateral working meeting among the managements of the Bulgarian, Romanian and Greek police will be hosted by the Chief Directorate of the National Police in Bulgaria, as the press center of the Interior Ministry announced.

The joint patrols of the Bulgarian police with their Greek and Romanian counterparts who maintain public order and road safety will be presented at a news briefing information, according to Focus Information Agency. This, along with the presentation of further cooperation among Greek, Bulgarian and Romanian police will take place in Bansko during the winter tourist season.

Bansko is the best ski resort in Bulgaria with the longest ski runs and the richest cultural history. The town of Bansko lies on the banks of the Glazne river at the foot of the Pirin Mountain, right below its highest and most beautiful part, in south-western Bulgaria, 160 km from the capital, Sofia.