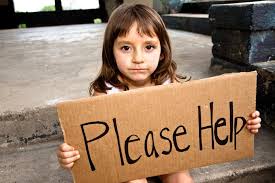 Once a rising economic power in the Balkans, a crushing economic crisis has stripped Greece of much of its wealth and pushed to ahead of only neighbors Romania and Bulgaria among the poorest countries in the European Union.
Greece is one of the poorest countries in the EU according to a research published today by a German think-tank. The country is third only to Bulgaria and Romania which are poorer. Some 20 percent of Greeks are living below the poverty level now.
According to these statistics the poorest countries in the 27 countries of the EU are mainly the Easter Europeans with the Scandinavian, Luxembourg and Netherlands being the richest. Greece ranked 14th among the 15 pre-2004 EU members.
According to IW, Institute of German Economy, Greece ranks third in poverty measured by four different ways; official poverty, which includes those who earn less than 60% of the average income, estimated poverty based on a person’s own estimation of his/hers own economic situation, the percentage of people living in extreme poverty and the real disposable income of a family.

According to researchers, poverty is a big problem in Latvia as well. Scientists proposed series of reforms to protect labor as a mean to reverse the trend of impoverishment. They also proposed supporting social groups which are in great danger of impoverishment such as single parents. Since 2008, when the economic crisis began, unemployment rose from 7.5% to 27% and poverty rose from 20% to 40% with another 20% being on the edge of the official poverty rate which is estimated as 60% of the average income.