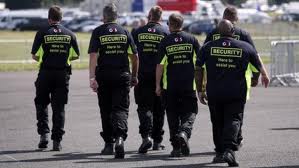 Cypriot banks, which have been closed since March 15 while the government worked out a bailout deal, are using private security from a British firm to guard workers refilling ATM’s, and bracing for a reopening on March 28 hoping there won’t be disorder or a mob run on the banks.
The world’s largest security firm, G4S, has been moving cash and will put their guards at the Bank of Cyprus and Cyprus Popular Bank, the two biggest, which are to be combined and who will confiscate 40 percent or more of depositors’ holdings over 100,000 euros ($130,000) to help pay for the cost of rescuing the banks and the country’s economy from collapse.
Reuters reported that the banks want the guards in place, not knowing what to expect when they open again as Cypriots have been limited in recent days to only 100 euros ($130) per day withdrawals from ATM’s.
Assets will be frozen when the banks open, although it’s not known for how long, nor how much depositors will be able to take out as the government has put capital controls in place. Businesses have been unable to get cash to pay workers or operate and the government and private companies said they might not have enough money to pay workers at first.
John Arghyrou, Managing Director of the Cyprus business for G4S, said its 750 employees have been working through the nights, going out to replenish cash machines with additional police guards. Licensing rules prevented the firm from bringing in extra staff to handle the unprecedented workload.
“Demand is greater than we can provide… we haven’t closed since the crisis started,” he told Reuters. “I’ve never seen anything like it in terms of what is going on from a security perspective. I would say the workload has quadrupled because the whole system has changed.”
Arghyrou would not comment on whether more cash has been flown in to replenish the vaults so that banks are ready to open but said he did not expect a bank run as depositors under 100,000 euros are going to be exempted from a confiscation tax, although under an original plan they were going to lose 6.75 percent of their money.
“People have had time to digest the agreement so maybe there won’t be that scenario whereby people run to the banks to withdraw,” he said. “I don’t see people panicking, I see people worrying about what the next day will hold for them, whether the next day they will have a job. I see people having a lot of questions and waiting for answers.”
While the banks have been closed, businesses have been calling on the security company to find places to keep their cash and asking for guards and alarms to protect their assets.
They are also using G4S as an intermediary to bring money from overseas to pay wages and suppliers, and drawing on its systems for shipping cash to provide guarantees for payments abroad, effectively using it as a kind of bank.
The next big test will come on March 28 when 180 G4S guards will be deployed at bank branches to help handle an anticipated surge of customers demanding cash and answers. Arghyrou said his unarmed teams had been ready to go into action late on March 25, when a last-minute decision was made to delay the banks’ opening for three more days.
“The staff will be based outside branches and are there to control queues, if there are any queues,” he said. “We will be in contact with the police. Basically it is to make the banking people feel safe and the customers as well.”
G4S earns 18 percent of its 7.3 billion British Pounds ($11.06 billion)  turnover from its cash transporting business, which is struggling for growth in developed markets. The rest comes from running services such as prisons, manned guarding and port protection.