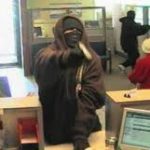 Guarantees on deposits in the European Union are only applicable if a bank completely collapses, and does not protect depositors from having some, or all, of their money seized by governments for any reason, the European Commission said, defending a decision to impose a levy in Cyprus that for now affects only uninsured depositors with more than 100,000 euros ($130,000) in the island’s banks.
They will lose 30-100 percent of their money until a plan agreed by the government to trigger a 10 billion euros ($13 billion) bail0ut to keep the economy from collapsing. Because those deposits were not insured, the EU said the government could take what it wanted from them without compensation.
EU law guarantees deposits up to 100,000 euros per customer, per bank. But Commission spokesman Simon O’Connor said those guarantees only existed: “in the event of a bank failure.” He said that, “In this case, we are not talking about such a situation, we are talking about a one-off levy which will be applied as a fiscal measure, to all bank accounts in Cyprus,” he told a regular briefing in Brussels.
That was when the plan called for a 6.75 percent confiscation of insured accounts, which has now been dropped but has left depositors wondering if political leaders will come after their money again to pay for other shortfalls.
From the streets of Cyprus and on Twitter to radio shows in Belgium, millions of Europeans have protested at what they see as a blatant disregard for ordinary savers, which the Commission said was engendered by confusion over EU rules. “That is the distinction that we need to make,” O’Connor said.
Critics have assailed the plan to seize the account as legalized bank robbery without a gun, with politicians taking the money of bank depositors to make them pay for bank failures and bad loans they didn’t cause.