Eurozone officials met in Brussels on March 24 with Cypriot officials as negotiations resumed on whether the island country’s government could satisfy lender demands, including for a bank confiscation tax, to trigger release of a 10 billion euros ($13 billion) bailout.
The talks came as the European Central Bank, one of the lenders, said it would turn off the liquidity to Cyprus’ central bank on March 26 unless the government came up with a plan to raise 5.8 billion euros ($7.5 billion) as its share of saving the country’s banks and economy.
Cypriot President Nicos Anastasiades and Finance Minister Michael Sarris led their country’s delegation in talks that would include European Council President Herman Van Rompuy and European Commission President Jose Manuel Barroso, although critics said it’s really German Chancellor Angela Merkel, whose country would foot much of the cost of a rescue package, that is calling the shots behind the scene.
Following that session, Anastasiades will meet with Christine Lagarde, the Managing Director of the International Monetary Fund, which, with the ECB and European Union make up the Troika of lenders. Eurozone President Mario Draghi will also be part of the talks.
Throughout the day’s negotiations in Brussels the council of Cypriot party leaders will be in constant session at the President’s office in Nicosia and in communication with the President. The Cypriot Parliament last week rejected the idea of seizing part of depositor bank accounts saying it was legalized bank robbery and would punish people who had nothing to do with creating a crisis.
That was caused by their banks making bad loans to Greek businesses that went under in that country’s crushing economic crisis and their holdings in Greek bonds that were devalued 74 percent by the Greek government. The Cypriot banks took a 4.5 billion euros ($5.84 billion) loss and brought the economy to the edge of default.
The Cypriot Parliament was standing by, waiting to vote on whatever comes out of the talks but is reportedly ready to make a U-turn and back bank taxes as well as put a limit on how much money people can take out so there won’t be a run on the banks, which have been closed since March 15, when they reopen, now scheduled for March 26. If no deal is reached, Anastasiades said the country’s banks and economy would collapse quickly and Cyprus be forced out of the Eurozone, triggering market jitters.
The Cypriot government is now ready to seize 20 percent of accounts over 100,000 euros ($130,000) at the Bank of Cyprus and 4 percent at two other state banks, the news agency Reuters reported.
“With the process of consolidation, the depositors over 100,000 euros will wait for several years to see how much of their deposits they will collect,” said Averof Neophytou, deputy leader of the ruling Democratic Rally party. “At the same time, this political decision to support this harsh law safeguards 100 percent of the deposits of 361,000 depositors in Laiki Bank,” he added, referring to depositors with up to 100,000 euros.
One of the key issues discussed between Anastasiades and the Troika was the plan to raise revenues from a deposit tax as Nicosia attempts to gather the 5.8 billion euros ($7.5 billion) demanded by the Troika. It wasn’t clear if the 25 percent confiscation would also apply to people’s pensions as well, Reuters reported, although the government was leaning against seizing part of their assets.
“We are here and we are working decisively to save the economy,” Anastasiades wrote in a tweet.  “We are making intensive efforts. We hope to have a result soon.” Anastasiades is expected to travel to Brussels on March 24 for a critical meeting of Eurozone finance ministers who will decide whether he has been compliant enough to get the bailout needed to keep the island country’s economy from collapsing.
“Unfortunately, events of recent days have led to a situation where there are no longer any optimal solutions available,” the EU’s Economic and Monetary Affairs Commissioner Olli Rehn said.  “It’s essential that an agreement is reached by the Eurogroup on Sunday evening in Brussels on financial assistance programme for Cyprus,” he added.
A senior Cypriot official suggested that his government was not close to a resolution. “We are not in touching distance of an agreement,” the official, who preferred to remain anonymous, told the Cyprus News Agency which reported the source said the impasse was a result of the “inflexible” stance of the International Monetary Fund representative. “Every half hour, new demands are made,” the official said.
After Parliament voted 36-0 to reject a plan that would have seized 6.75 percent of accounts under 100,000 euros that were guaranteed against loss by the government, and 9.9 percent on those above that threshold, Eurozone officials threatened to stop sending money to the country’s central bank on March 25, which could have collapsed the economy. The banks have been closed since March 15.
That sent the Parliament back into session trying to find a way to come up with 5.8 billion euros ($7.5 billion) to satisfy lenders and get release of the critical bailout. Only a partial plan was agreed upon just before midnight on March 22 and the Parliament set aside discussion on the tax confiscation after agreeing to  nationalize state pensions and split failing lenders into good and bad banks.
Merkel, who is facing re-election in September, warned Cypriots to submit and not try her patience, and the government has reportedly  acquiesced. 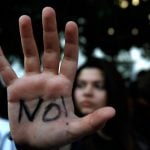 But confusion continued to reign over the economic crisis that threatens to bring down the country’s banks which had created it with bad loans to Greek businesses that went under in that country’s crisis, and with large holdings of devalued Greek bonds that cost the banks 4.5 billion euros ($5.84 billion) in losses.
Cypriots were stunned by the apparent U-turn the Parliament is ready to make after rejecting confiscation of bank deposits, and as ATM machines were running out of cash and supplies dwindling on the island at supermarkets.
“Our so-called friends and partners sold us out,” Marios Panayides, 65, a protester at the Parliament told Reuters.  “They have completely abandoned us on the edge of an abyss.”
Cyprus was forced to return hat-in-hand to the EU after Russia rejected entreaties to help. The new plan is unlikely to go down well in Moscow where President Vladimir Putin said confiscation of bank deposits was a dangerous precedent and as Russians hold about 30 percent of the 68 billion euros ($85 billion) in accounts on the Island.
The EU fears that Cyprus is being used as a money-laundering haven for the rich and organized crime, particularly the Russian elite who prefer the low corporate tax and better returns on their money, but the confiscation could also cut deeply into the savings of Cypriots and businesses who will be forced to subsidize the losses their banks incurred.
The turnaround could be especially humiliating for the island country’s new conservative President, Nicos Anastasiades, who only a month before had campaigned against the idea of seizing bank deposits but quickly relented after Eurozone officials told him they would not help otherwise and the economy would collapse.