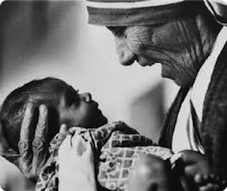 The Greek government through the Greek Embassy in Tirana, will honor the memory of Mother Teresa, the philanthropist, saint and great Albanian woman, said the Greek ambassador in Albania Leonidas Rokanas.

Mother Teresa was born in Agnes Gonxha Bojaxhiu in Skopje, on Aug.26, 1910. Her family was of Albanian descent. From the age of 12 she felt strongly the call of God and decided to become a missionary to spread the love of Christ.

At the time of her death, she had opened 517 missions welcoming the poor and sick in more than 100 countries. She died on September 5, 1997 after serving in India.

Interviewed in the Albanian mass media, Rokanas pointed out that the Greek Embassy will organize a Greek Cultural Week in Tirana under the title Greek Spring of Culture in Albania. According to the Greek ambassador, the festive manifestations’ organization from Greece aims at the two neighboring peoples’ unification and collaboration.

EU leaders have agreed to discuss the possible issuance of vaccine certificates to help restart travel when they meet on Thursday.
Music

A good and old friend of Greece, the Puerto Rican artist Alexandra Echavarri released her first single entitled “Round and Round” recently.
Culture