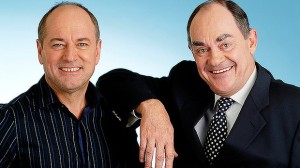 Lonsdale Street, Melbourne’s traditional Greek corner, seems to be in trouble, as more and more Greek –themed businesses are closing.

The municipality of Melbourne along with the State Government has recently taken the initiative to highlight the Greek Corner in the center of the city, despite the fact that the majority of Greeks no longer live on Lonsdale St, by constructing Melbourne’s Greek Community Cultural Center.

However, despite the precinct’s support by the Melbourne council by having the strip reduced to seven shops, it is now struggling to meet the City Council rules for special funding.

State Multicultural Affairs Minister, Nick Kotsiras told Melbourne’s radio kings, 3AW’s Ross and John, there were a number of Greek businesses relocating to Oakleigh, but he believes Lonsdale St is still a vibrant part of Melbourne.

“As you know many migrants when they arrived from Greece moved into Fitzroy and Collingwood, and Lonsdale street was the heart. Lonsdale was the place everyone came to, to meet, to get to know each other. The state government has provided $10 million to the Greek precinct, the Italian Precinct and China town,” he said.

Ross and John’s discussion of precincts lead to callers suggestions for their own area. Wayne from Werribee suggested his precinct was the locked car precinct. Chris from Port Melbourne said his precinct was Lycra, and Michael from Boronia claims he comes from the precinct of Boganville.