Mount Athos in the Center of Europe 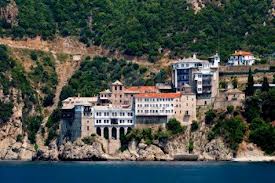 The diverse collection Mount Athos of the internationally renowned painter and architect Efthimios Varlamis, brings mystagogy and universal human values of Athonite life to the center of the EU. The exhibition will be presented on March 25, in the central hall of the European Parliament, on the initiative of the Vice-President of the European Parliament, Anni Podimata.

The exhibition includes large paintings, installations and sculptures, in a very original direction.

The exhibition also supported by the Greek government, was presented with great success in Austria in 2007 and in Greece in 2008 and 2010.