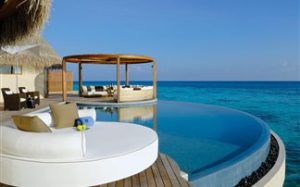 Greek Tourism Minister Olga Kefaloyianni is eying Japan as a source of more visitors and talked about it in a meeting with Chairman of the European and Tourism Committee of the Industry Association of Japan, Shinichi Yokoyama during her visit to Tokyo.

She informed Yokoyama about the Greek government’s reform efforts and stressed the improvements in many of the country’s economic indicators and the desire to have more Japanese visit Greece.

In her interviews in the Japanese media, she underlined the great importance of attracting tourists from Japan, while pointing out that “Greece is a safe and welcoming country and Japanese visitors are welcome throughout the year,” the Greek Travel Pages reported.

On the occasion of the second anniversary of the earthquake in the northeastern coast of Japan, the tourism minister expressed her sympathy to the victims’ families. She was also expected to visit the city of Sendai in the affected area and meet the city’s mayor.