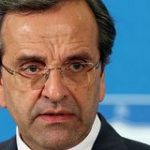 With a 67.1 percent unemployment rate for those under 25 forcing many of Greece’s young to flee to other countries in search of work and  better life, Prime Minister Antonis Samaras promised state support for young entrepreneurs in innovative sectors during a meeting with 20 such individuals at the Development Ministry.
Often in Greece, young people and those with good ideas are pushed aside for fear by others that they will advance ahead of them in business or the public sector, squashing incentive and limiting the country’s ability to compete in regional and world markets.
A series of demands from entrepreneurs in the fields of information technology, electronic media and cell phone applications, innovative agriculture, among others, were submitted, including a more favorable tax and insurance status and the simplification of licensing in the primary sector.
Samaras attempted to respond to all the start-up representatives’ demands by contacting three ministers on the spot to inform them of the entrepreneurs’ issues, along with the development minister and his deputies, who were also present at the meeting, the newspaper Kathimerini said.
“This discussion signals the embracing of new Greek enterprises,” said Samaras, referring to a social pact between the state and the young entrepreneurs including new structures of funding and other support. He went on to promise the transformation of an unused building in central Athens into a hub for start-ups, with the state supplying the infrastructure and supporting mechanisms for the enterprises’ operation.
With tax revenues far off pace despite big tax hikes because austerity measures are killing spending , the government is looking toward growth and entrepreneurs to try to create more jobs and bring in additional revenues in the midst of a six-year long recession and crushing economic crisis.