Three Greek Suicides In One Day 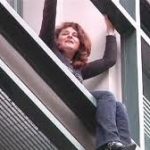 With 20 percent of Greeks pushed into poverty by crushing austerity measures while tax evaders who owe $70 billion continue to largely escape paying, despair continues to rise and media reports said three more people killed themselves on March 5 – all in Thessaly – including an 80-year-old woman who was found dead in Pineios River.
The suicides were in a largely agricultural area where unemployment is reported to be 24 percent, a little lower than the overall record rate of 27 percent across the country. A 45-year-old man was found hanged in his home by his mother in the Larissa suburb of Averof, while a 50-year-old man also hanged himself in the garden shed of his home in the village of Valanida.
There were no details on whether any of them were related to the country’s economic crisis although health care analysts have previously said the stress put on many people who find themselves destitute is a major contributing cause to the reasons why more Greeks are killing themselves in a country which used to have one of the lowest rates in Europe.
There has been a sharp rise in the number of suicides in Greece since the beginning of the crisis in 2009, with official sources putting the figure at over 3,100 from the start of 2009 to August 2012, though experts say that deaths by suicide are often not documented as such because of the social stigma attached to them.