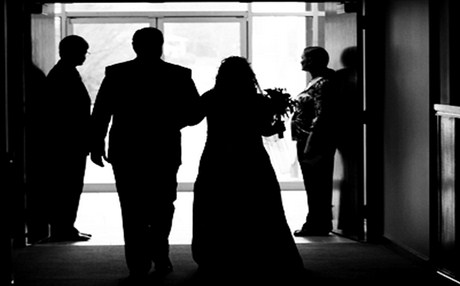 Illegal immigrants in the UK are hiring Greek women in need of money to marry them in order to get a residence permit and claim unemployment allowances, as revealed by a recent report of UK daily The Sun.

The  immigrants pay well organized bride-supplying gangs up to 8,000 pounds in order to get a false bride from Greece, Bulgaria or Portugal, in their attempt to become permanent residents of the UK since they will be legally married to an EU citizen.

The British daily looked deeper into the scam and according to its information, young women from Greece are willing to be falsely locked in wed to earn some money. The women all aware of the scam, travel to the UK and spend some time with the immigrants before getting married to them and upon that return back to their home country.

Getting married to a citizen of the EU allows immigrants to work freely and claim a share of the British welfare system, while five years later they can apply for indefinite stay. It is estimated that across the UK 1,740 suspicious weddings have been performed among couples that do not even speak the same language.

“Athens is at the heart of the fake Euro-bride industry. Think-tank MigrationWatch claims Greece is the gateway for 90 per cent of those entering Europe illegally. Many of the women provided by gangs are desperate for cash to survive in their impoverished countries” reads The Sun report.

Reporters from the Sun visited Athens to contact a Nigerian man called Roland and his co-partner Michael who arrange such weddings. The price for the wedding  “includes a Greek bride, her flights to Britain and legal fees for a crooked Greek lawyer to prepare the necessary paperwork” adds the revealing report.

The women and immigrants are told a story to tell the British authorities in case of emerging questions about their wedding so as not to be exposed. A Greek lawyer also appears to be part of the illegal business of fake brides. He is in charge of making the scam seem legal by getting together all necessary documents that will allow the marriage to complete.

Read more of the actual The Sun report here.

Turkey charged on Tuesday that Greek fighter jets had “harassed” its research vessel Cesme while it sailed in the Northern Aegean.
Culture