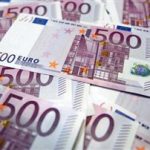 With tax revenues far off expectations despite big tax hikes, Greece now is going to probe the bank accounts of suspected tax cheats and those believed to involved in money laundering, corruption and other crimes.
That came in the wake of a report from the country’s international lenders that showed an antiquated tax collection system is in disarray, forcing the government to rely on more pay cuts, tax hikes and slashed pensions to meet fiscal targets.
Tax inspectors – some 130 of whom reportedly have secret foreign bank accounts – are not allowed to check bank records in Greece, making their job more difficult.
The newspaper Kathimerini reported that within the year, the Finance Ministry hopes to be able to have direct access to bank account information without having to go through the banks themselves, reducing delays in the processing of demands by the Financial Crimes Squad (SDOE) and other monitoring mechanisms.
The legal clause will be submitted in Parliament in the coming months so that the Central Bank Registry can start operating, forcing lenders to respond immediately to inspectors’ demands for the opening and monitoring of the banking transactions of those under investigation.
SDOE has already requested access to some 4,000 bank accounts, but lenders have only agreed to half of the demands. A ministry official says that at a later stage the interconnection of SDOE with the banks will be in real time, with transactions monitored as they take place.
The Ministry also plans to revise the methods it uses to hunt for tax evaders and wants a change in the law so it can monitor incomes of taxpayers and enterprises through information on bank balances, cash flow, the value of properties owned, living expenditures and other annual spending.
The ministry responded to criticism from the country’s international creditors through a statement that it said gave a full account of its actions against tax evasion. It cited the thousands of checks on taxpayers and enterprises that have taken place and others that will begin within March.
Regarding the infamous Lagarde list of Greeks with deposits in a Swiss branch of HSBC, the ministry stated that SDOE had already started examining the data of 1,721 names out of the 2,062 listed. Despite all that, not a single major tax evader has been prosecuted.