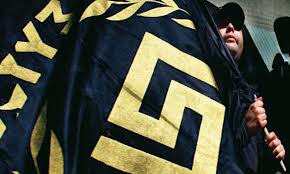 A Greek-Australian group has prepared a petition to collect signatures asking for a ban on the entry of members of the Greek neo-Nazi Golden Dawn Members of Parliament into the country.

The petition will be sent to Australian Immigration Minister, Brendan O’Connor following statements from Golden Dawn’s spokesman, Elias Kasidiaris that the party is going to open an office in Melbourne and a Golden Dawn delegation will visit Australia.

According to Change.org, for the past two years, Golden Dawn has been responsible for a wave of assaults against immigrants and other acts of violence in Greece, which the party has denied.

Apart from what critics denounce as extremist, racist and anti-Semitic ideologies, the party is also against gays. Some Golden Dawn members were caught with weapons. The party has 18 seats in the Greek Parliament and its popularity is rising.

As their influence grows and their violence intensifies in Greece, Golden Dawn is now seeking to spread to the Greek Diaspora by attempting to open offices in New York and in Nuremberg, Germany, home of the war crimes trials against Nazis at the end of World War II.

Now reports have emerged that Golden Dawn are close to opening an office in Melbourne and that members of their Greek leadership plan to travel to Australia in order to “cut the ribbon” at their new office.

The petition states: “Beyond refusing entry to any of their members, we call for a movement of Greek-Australians and the wider community to fight the presence of Golden Dawn in our society ,as part of a broader anti-fascist movement, to prevent them from spreading their influence within the Greek community and threatening the multicultural society that Greek-Australians and other migrants have fought to defend.”